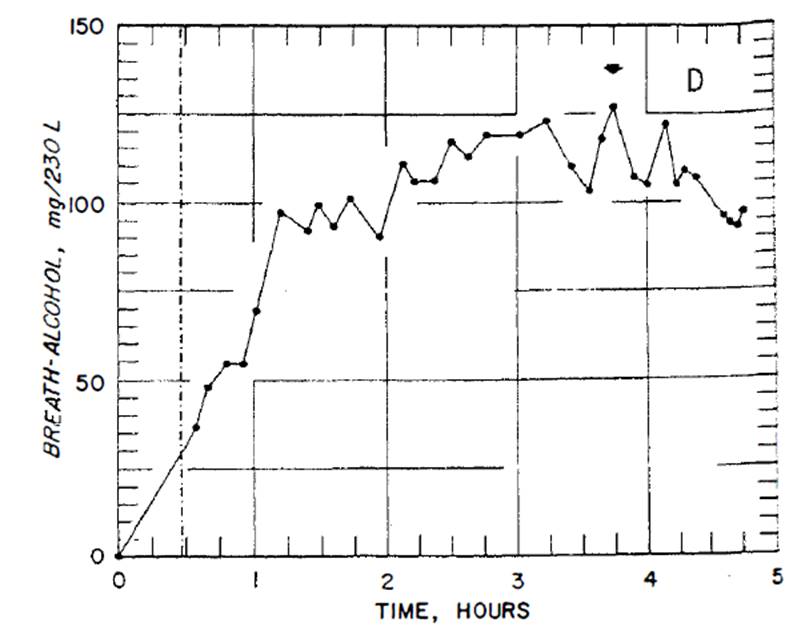 Pharmacokinetics is the branch of pharmacology that deals with the concentration of ethanol (or any drug) in the blood (or any other tissue) at any given point in time. When the blood alcohol concentration (BAC) is of importance in a legal case one can distinguish two types of BAC cases, antemortem (before death) and postmortem (after death) cases.

In antemortem cases, usually a blood sample is obtained from a person some time after an incident has occurred, often an hour or more. The BAC result is for that sample drawn at that time. It does not predict the BAC at any other time, especially at the time of the incident.

That information is usually incomplete or unknown. Therefore any attempt at estimating a BAC backwards in time from a BAC test result has been called “dubious” and “speculative” by other investigators in the field. 1,2

If the sample is unreliable, then any attempt to estimate a venous whole blood BAC at any point in time will also be unreliable, and the retrograde analysis should stop at this juncture.

Absorption of alcohol beverage into the bloodstream can be measured by the total amount of time it takes to empty the gut of the alcohol beverage. That is called the absorption interval and may last for many hours depending on several variables. The absorption interval is variable from person to person and with the same person, depending on the variables present. Those variables include the individual’s genetic profile, prior illness, current illness, current medications, nicotine use, and of course the presence of food in the gut. The major controller for the absorption interval affected by those variables is the pyloric valve, located at the end of the stomach. It opens and closes and allows stomach contents to enter the small intestine, for absorption into the bloodstream.

Absorption can also be measured by how fast the blood alcohol level increases per unit time (per minute, per hour) and is called the absorption rate. This measurement is dependent on the opening of the pyloric valve but also by how fast the stomach contents are transferred into the bloodstream by diffusion in the small intestine. Diffusion is governed by “Fick’s Law of Diffusion” and is variable from person to person. 5,6

In conclusion the absorption interval may last for hours and the absorption rate may be fast or slow in any given person during any given drinking episode. The interval and rate are quite variable, not predictable, and the only way to determine a person’s absorption status is by taking sequential timed blood samples from the time of the incident, measuring the BAC and looking at the results to see if they are increasing (still absorbing), at a plateau (still absorbing) or declining (in the elimination phase). Without that information it is not possible to predict if a person is still absorbing ethanol at the time of the incident and or after the incident.

If the absorption status of a person is not known then any attempt to estimate a venous whole blood BAC at any point in time will be unreliable, and the retrograde analysis should not be performed.

Representative BAC graphs demonstrating the extreme variability of BAC absorption are shown below. 7